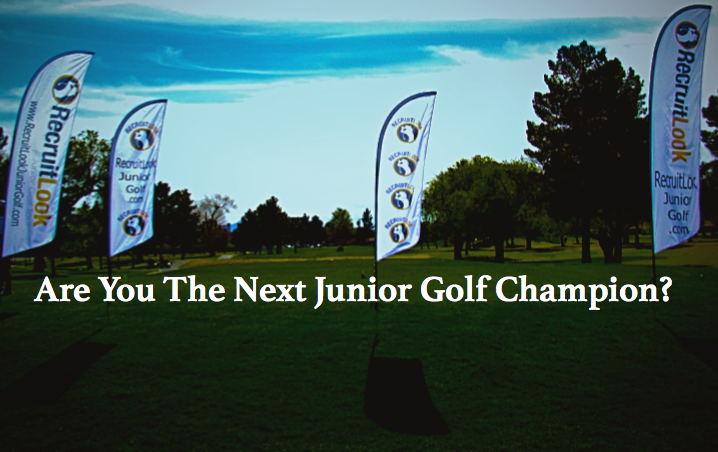 The journey to become a Junior Golf Tour Champion all started several months ago on the inaugural season for Denver’s RecruitLook Junior Golf Tour. Junior golfers have grinded through a tour season where they’ve been challenged to perform at the highest level, and it all came down to the final event last weekend – the Tour Championship!

Our seventh and final event for Denver’s RLJGT was held at The Broadlands GC in beautiful Broomfield CO. We couldn’t have asked for better conditions to wrap up our Denver tour season. The weather was great, the stage was set, and then it was up to the players…

In the Boys 15-18 division, Jeffrey Nelson II capped off a tremendous tour season by winning the Tour Championship, his third victory of the year, and winning the overall Player of the Year in his age division. Nelson was steady all weekend, firing a 76-77/153 to beat out second place finisher, Ryan Heesacker. The second place finish by Heesacker helped him secure 2nd overall in the Player of the Year standings. 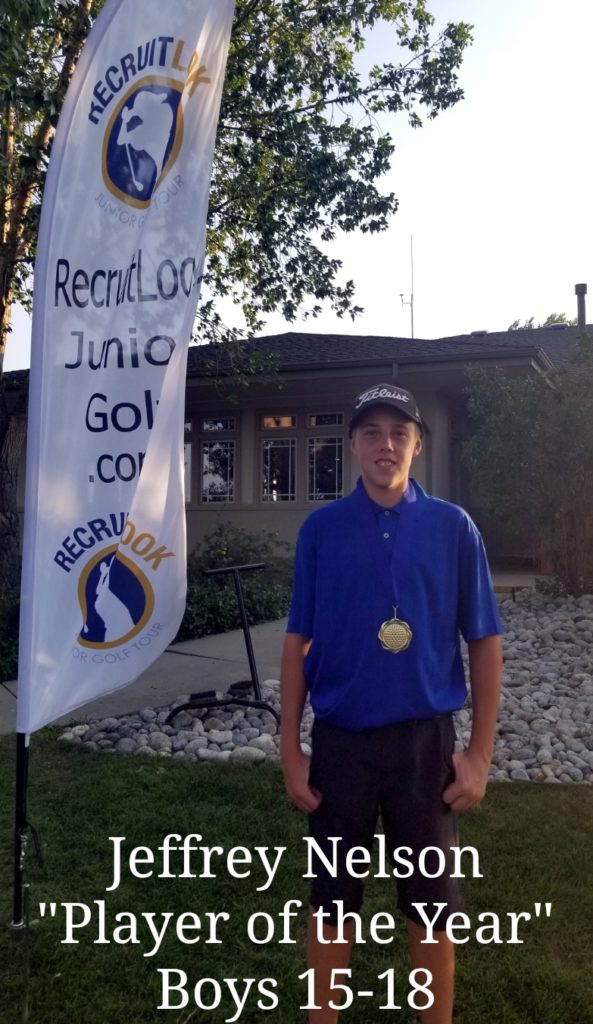 Our closest competition was the Boys 13-14 division as Andrew Merz, “Player of the Year” points leader, fired an 82. First round leader, Kyle Leydon, lead the tournament with a 78 and Greg Lewis was close behind with a 79. Day-2 was very exciting with a charge by Greg for the victory. Greg Lewis wins the Tour Championship with scores of 79-78/157 (1st Place) by one shot over Andrew Merz, carding an 82-76/158. In 3rd Place was Kyle Leydon with scores of 78-84/162. Merz’s second place was good enough to hold off Kyle Lendon for the overall points, crowning Merz the Player of the Year! 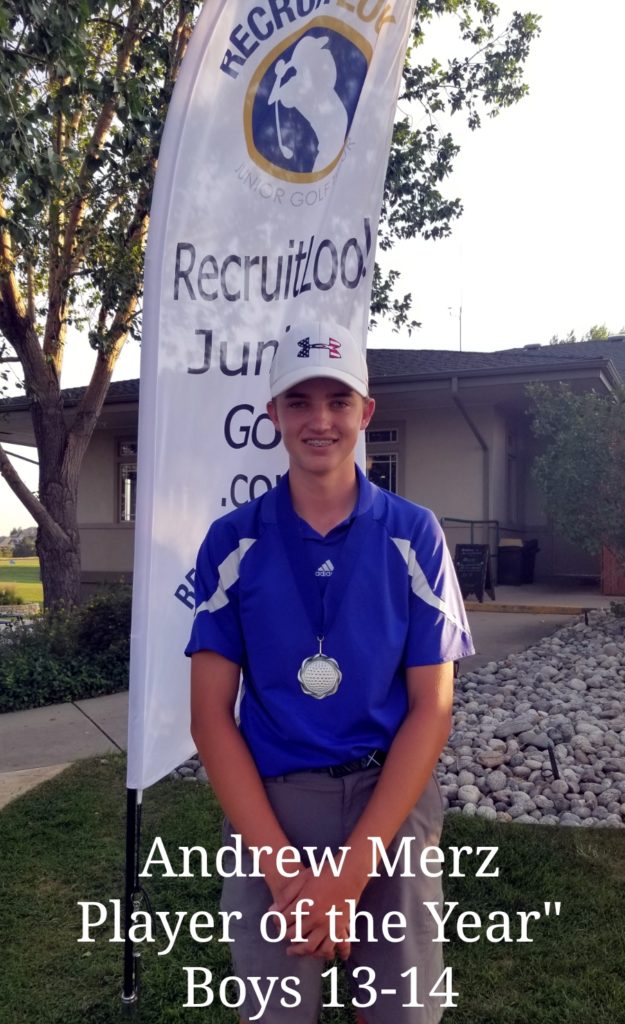 In the Boys 11-12 division, Roland Thornton won the Tour Championship and Player of the Year on the same day! Thornton shot an 89-86/175 to capture both titles. 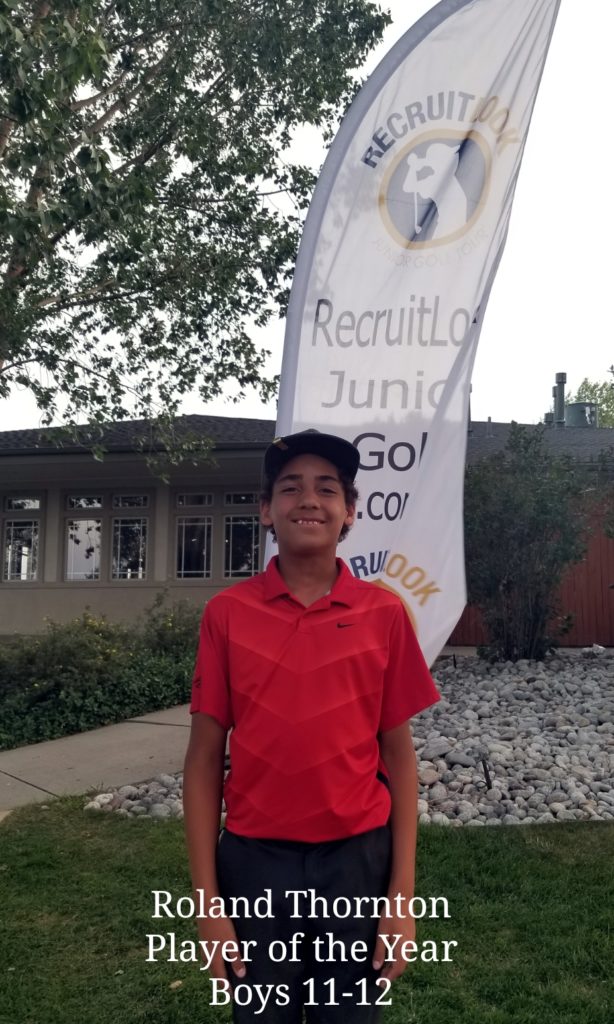 For our Boys 9-10 division, we had great competition and a first-time winner in Sean Cary. Cary posted a personal best score with an excellent round of 74! In second place was Brayden DeStefano carding a nice 77, and in a tie for third we had Andre Dumonteil and Clint Summers both scoring 81s — Clint won the Medal in a scorecard playoff. 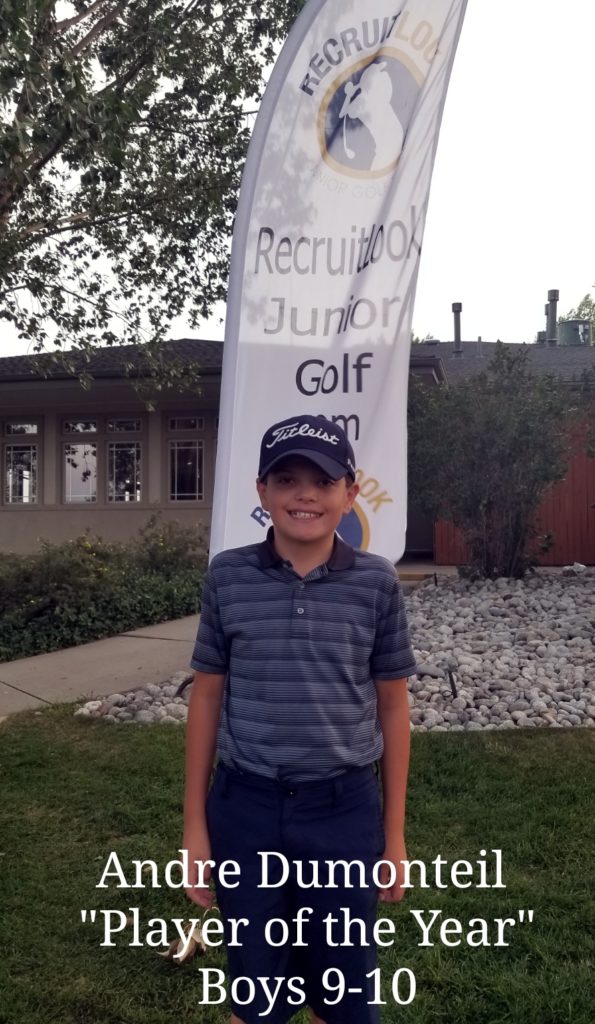 The Girls 14-18 division Tour Championship was very close on day one with Allie Nocera (84) leading by a shot over Rachel Penzenstadler (85); however, Rachel ran away with the Victory on day two and won the Championship with scores of 85-77/162. In second place was Allie Nocera carding 84-88/172. In third place was Kira Petersen scoring 93-85/178. Kira played steady all year finishing no lower than 2nd place in any of the RLJGT events this year…earning her the Player of the Year! 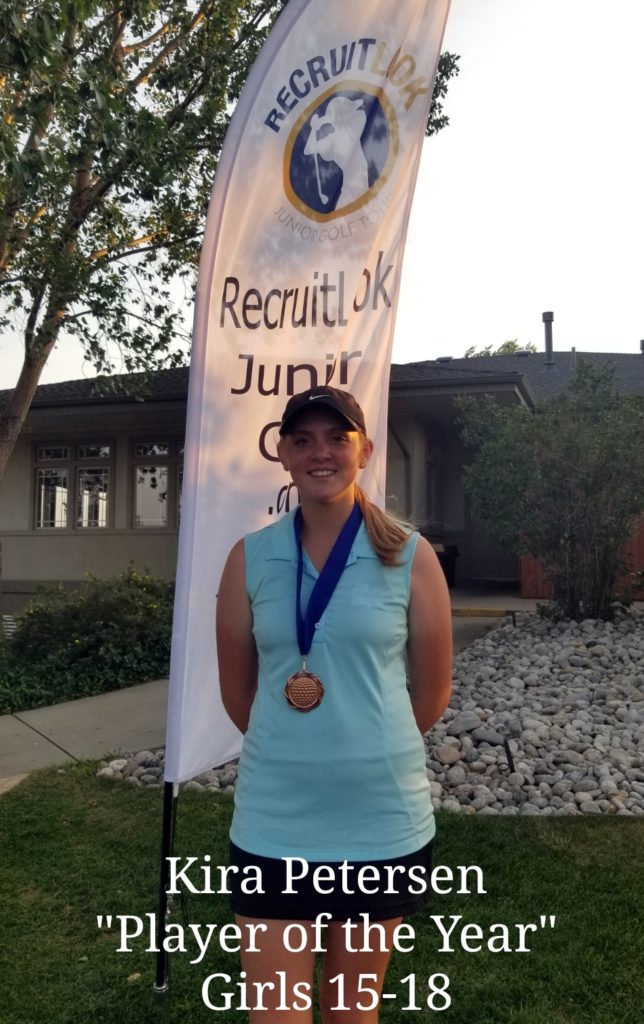 For our final competition we had two girls play in the Girls 9-10 division and Addison Hines won the Tour Championship with a nice round of 88. In second was Haylee Clark scoring 118.

Our seven-event tour series was very successful and we appreciate the support for our first season. We look forward to providing a fun and competitive summer tour series next year, so keep an eye out for the new schedule Spring 2019.