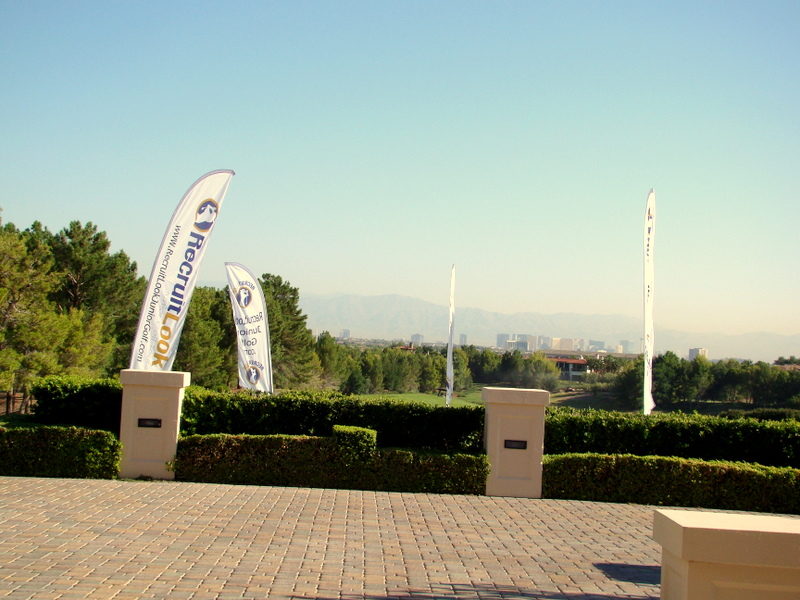 One of the best events all season is the Las Vegas Valley Championship; we play on two of the best courses in the Valley – Dragon Ridge and Southern Highlands. Once again, both courses were looking immaculate. Dragon Ridge is always in perfect condition, and they make us feel so welcome. Southern Highlands is the number one rated private course in all of Nevada. We all feel like royalty for the two days we get to enjoy these tracks. The weather was extremely hot again for this event, but with the earlier tee time we were able to beat the hot afternoon temperatures.

We had our first playoff for the year in the Boys 15-18 division with Kevin Inthachack and Jackson Parrish shooting identical scores for the two days, 74- 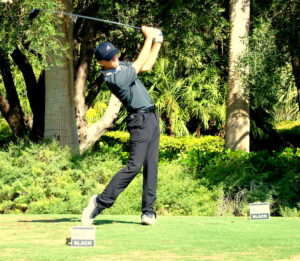 75/149. Kevin prevailed in the playoff with a par on the first hole to Jackson’s bogey. Both boys had a chance to win it outright on the last hole, but both bogeyed the difficult 18th hole to force a playoff. Third place was Jared Smith who also put himself into contention to win with his impressive 35 on the front nine on day 2. Unfortunately, Jared ran into trouble on the 15th hole and took a triple to finish with 76-75/151. In his first event on the RLJGT, Tyler Livingston took 4th, with rounds of 79-74/153. With his second-place finish, Jackson leads the player of the year race by 687 points over last years Player of the Year, Jared Smith. This age division is far from over with 4 more events left to go.

Andrew Hawk is looking vintage Tiger Woods winning every event he enters. With his latest victory on RLJGT, Andrew has now won the Boys 13-14 for the fourth time in five starts. Andrew scored 77-85/162. His second round was higher because he played from the Boys 15-18 length to prepare for next year when he will age up.

Taking advantage of points leader Bradley Bourn skipping this event (he was playing at the US Kids World Championship in Pinehurst), Boys 11-12 went to newcomer Emmett Blake with rounds of 86-85/171. We were impressed with Emmett’s steady play both days and hope to see him back on the RLJGT! Just one behind Emmett was Attila Sharipbek with 87-85/172.

Lee Howland, Boys 9-10, has won two in a row and has overtaken Eli Marshall in a race to the finish for player of the year in this age group. With four events remaining, it’s anyone’s guess who will take this age group. Get your popcorn ready… it should be a fun final stretch watching these two dual for the Championship. 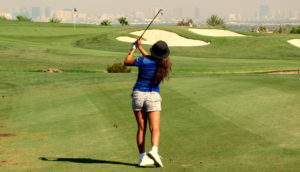 Victoria Estrada, playing some of her most consistent golf all season, won the Girl’s 15-18 with a solid performance of 78-74/152. Her round of 74 was the model of consistency, 2 birdies, 12 pars, 4 bogeys. Distant second was Bella Gopwani with 78-82/160. Third was Rebecca Oertel who struggled on day two, especially on the back nine at Southern Highlands. With her second-place finish, Bella is now in 2nd place in this very competitive age group. Any of the girls in the top six could get hot in the remaining four events and could take the player of the year race with 1800 points still to be had.

In the Girls 11-12 division, Cienna Cabrera is absolutely running away from the field. She has now won her fourth RLJGT event in a row with rounds of 88-89/177. Can anyone step up and stop her winning streak? If so, we would like to see it because Cienna is ON FIRE! 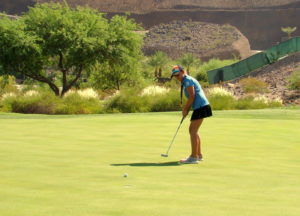 Samantha Harris, Girl’s 9-10 finished first with her third victory of the year 96 to 97 for Emmerson Hinds. With her victory, Samantha now leads the Player of the Year race by 350 over Rivers Abigail Common. Hinds is still searching for her first victory of the year having finished runner-up in her last 3 RLJGT starts.

Our next event is scheduled for September 15-16, at Mountain Falls Golf Club in Pahrump. REGISTER NOW! 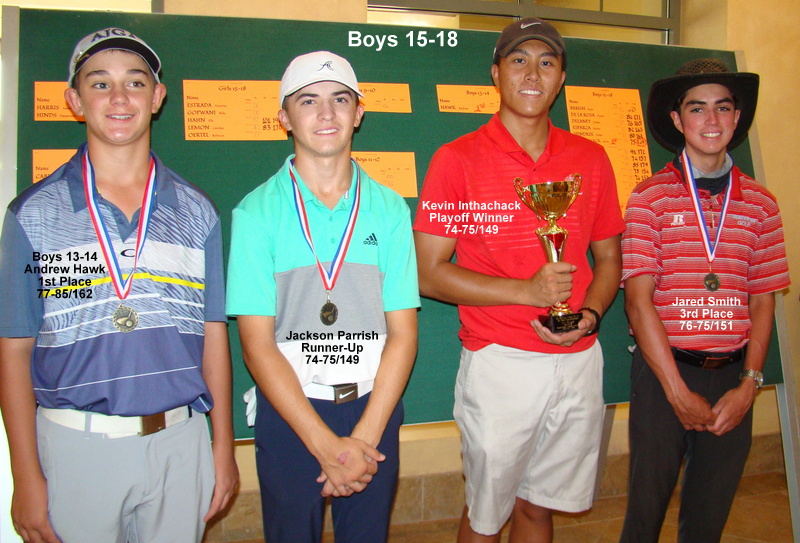 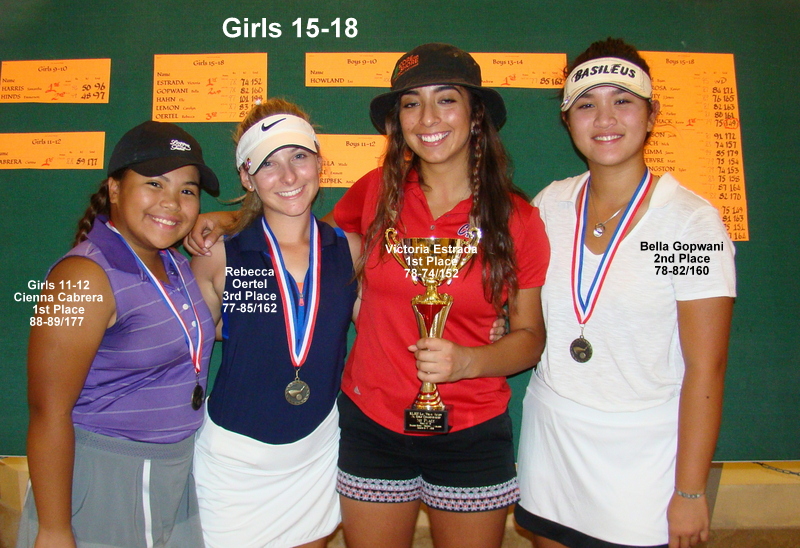 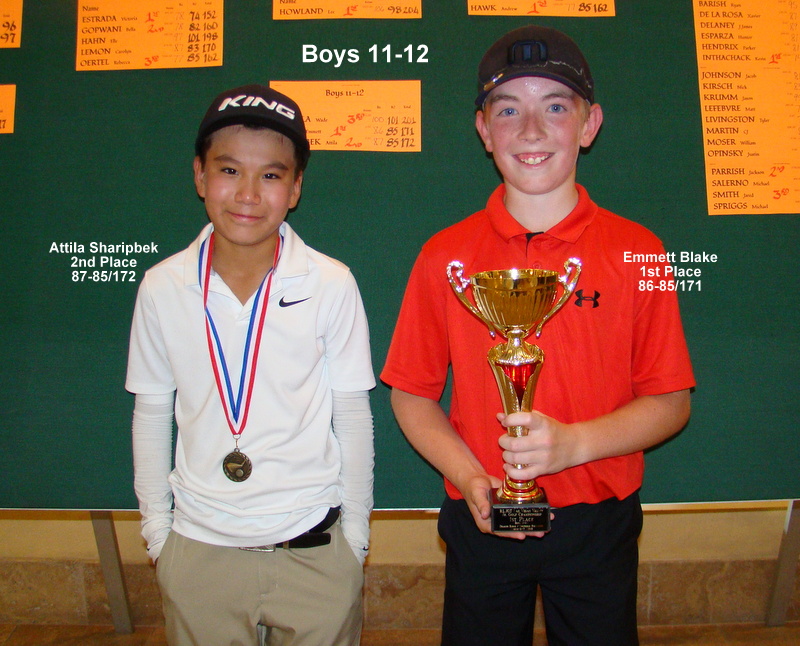 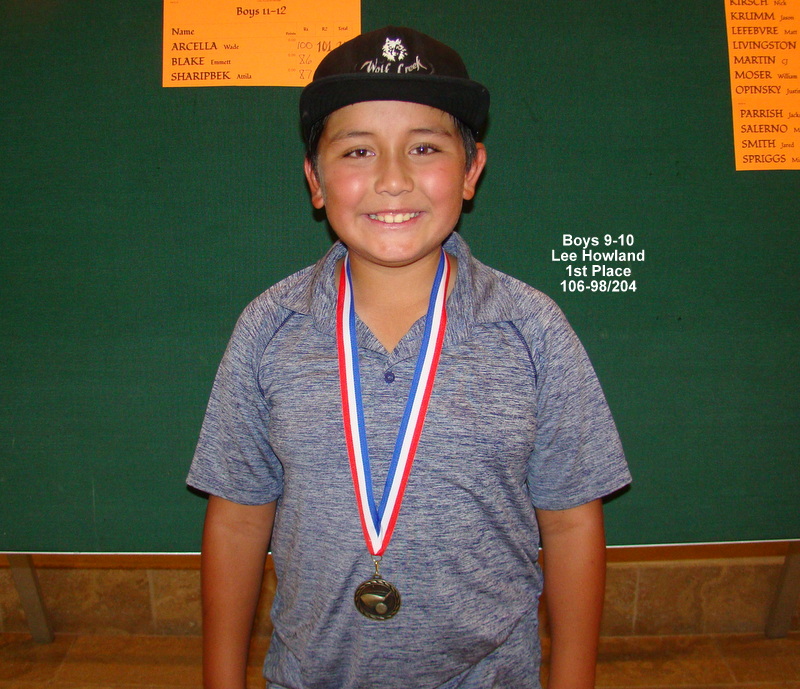 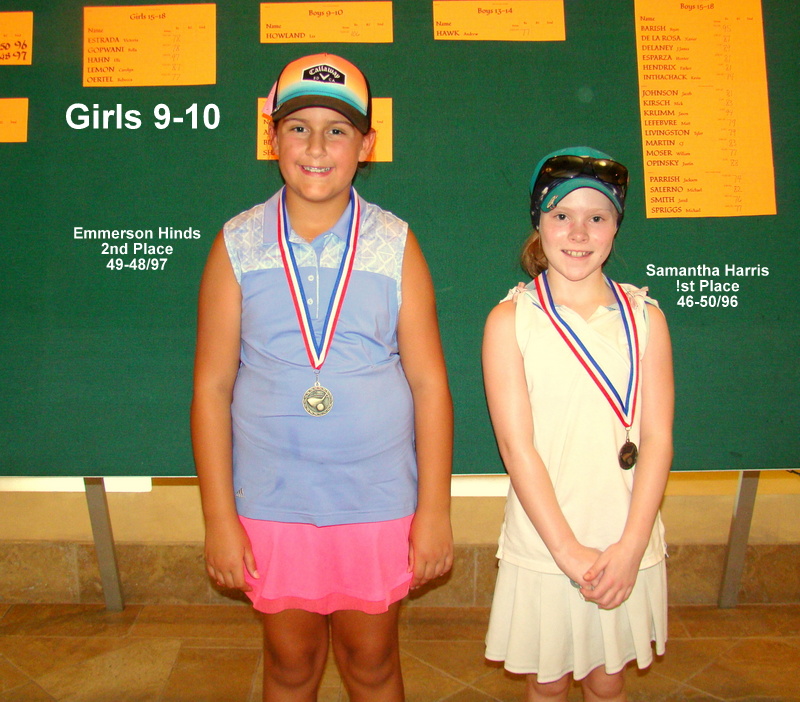