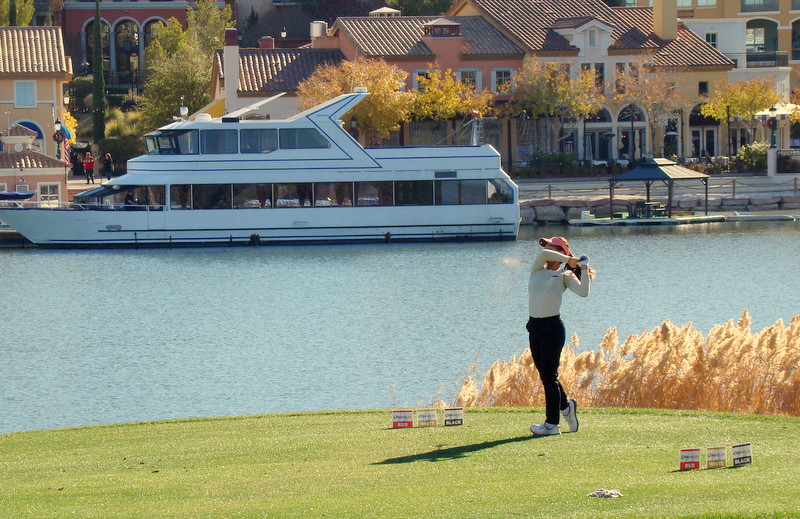 The Tour Championship marked the culmination of a year-long grind by our junior golfers to earn the title of: Tour Champion. Year three is officially in the books, and we are proud of all of the participants in what they have accomplished. We’ve seen some ups and downs throughout the year, but the one constant we always see from our golfers…good sportsmanship and having fun. The competition at each event is intense and this year’s Tour Championship was no different.

For the third consecutive year our 2018 Tour Championship was held at Reflection Bay. We’ll continue to use Reflection Bay Golf Club as a final destination as they always have the course in pristine condition. Our many thanks to Reflection Bay’s General Manager, Eric Dutt, for all of his support of RecruitLook Junior Golf Tour and all the junior golfers throughout Las Vegas.

We are proud to announce the following Tour Champions and their age group.

Highlights for the boys this year:

Highlights for the girls this year: 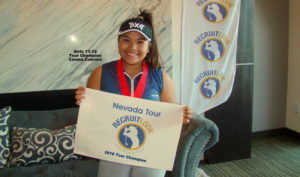 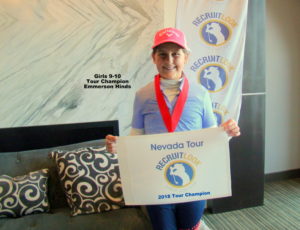 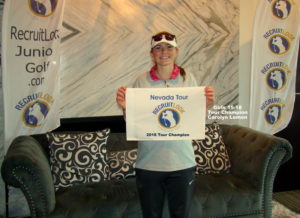 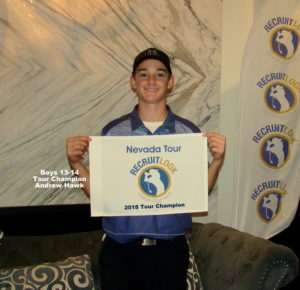 With all the tour champions crowned, we cannot forget we had a season ending event also. Victoria Estrada, recent signee with Utah Valley State University, played consistent all year and won for the 4th time with rounds of 75-74/149 to finish two ahead of Kirstin Angosta, 79-72/151. Kirstin’s 72 was the low round for the two days. Third went to Hailey Stevenson with rounds of 79-78/157.

The girls 11-12 division only got in 16-holes on day 1 as darkness prevented them from finishing. They got out early on day two in order to complete round 1 and 2. Cienna Cabrera (80-75/155) played one of her best rounds for the year with an impressive 75 on day two. Her day two score was better for eighteen holes than the previous day’s sixteen holes, with three birdies on the back 9! Second was Zoe Parker with rounds of 78-84-162. Zoe played only 2 events on the RLJGT this year, but her game is looking good and has the makeup to be a Tour Champion. We look forward to more competition between Cienna and Zoe next year.

Emmerson Hinds won her fourth straight with a 79, she played well and consistent all year. Only once was Emmerson out of the top three finishers. Emmerson started the season shooting in the high 80s to low 90s, and by the end of the year, she was shooting 60s and 70s! We love seeing golfers working on their craft and getting results.

Round one in the boy’s 15-18 was led by Jared Smith with a 74, and two tied for second with 77’s, Tyler Smerz, and Michael Salerno. Jared’s lead could have been even better were it not for a double bogey on the eighteenth hole. Jared’s finish carried over to his front nine on day two, as he carded a 42 to allow Tyler Smerz to pass him. Tyler finished with 7 pars, 1 birdie, and 1 double bogey to shoot 77-74/151 to Jared’s 74-80/154. Michael Salerno gave it a good shot by carding 4 birdies in the first ten holes on day two. From there he cooled down though and finished third with rounds of 77-78/155.

Bradley Bourn had his string of 5 straight broken by Skylor Taylor who ran away from the field with an impressive 76-76/153. Attila Sharipbek shot 85-87/172 and beat Bradley in a scorecard playoff to finish second. Bradley struggled for the two days and finished third with rounds of 86-86/172.

With our third year ended, we are so grateful to all the parents and players who joined us throughout the year. So, on behalf of all of us at with the tour, we would like to say THANK YOU!

Our 2019 schedule is going to blow you away! We’re putting the finishing touches on it, but you won’t want to miss any of these events!

We are moving to BlueGolf for registration in 2019. This is exciting news as they are the leader in junior golf registration. I’m sure many of you are familiar with their system and how to sign up.   Call us if you need any assistance during the registration process.

Everyone at RecruitLook Junior Golf Tour wishes you and yours a Happy & Safe Holiday Season!

View all the pictures from the Nevada Tour Championship here

View all the results from the Nevada Tour Championship here 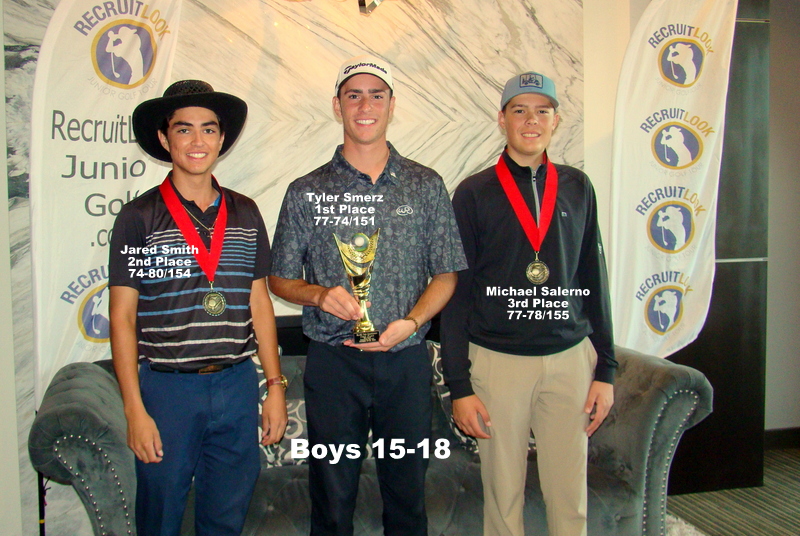 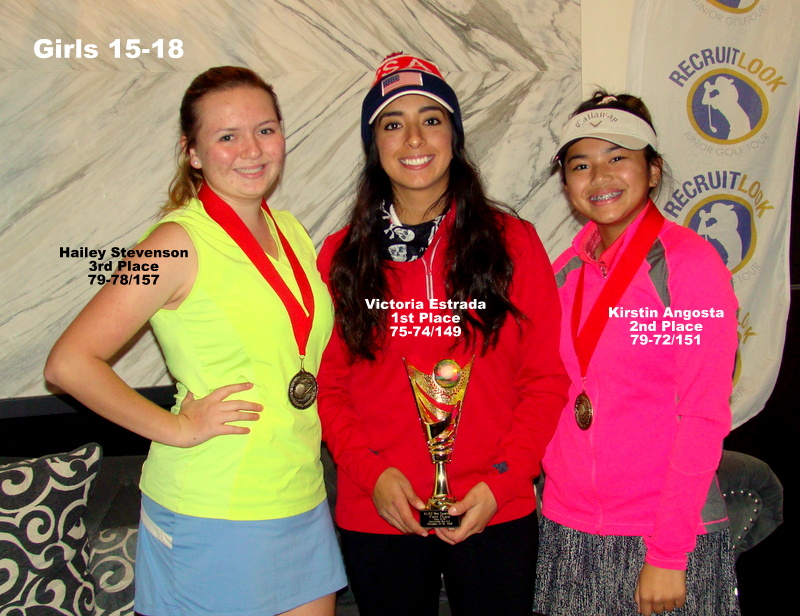 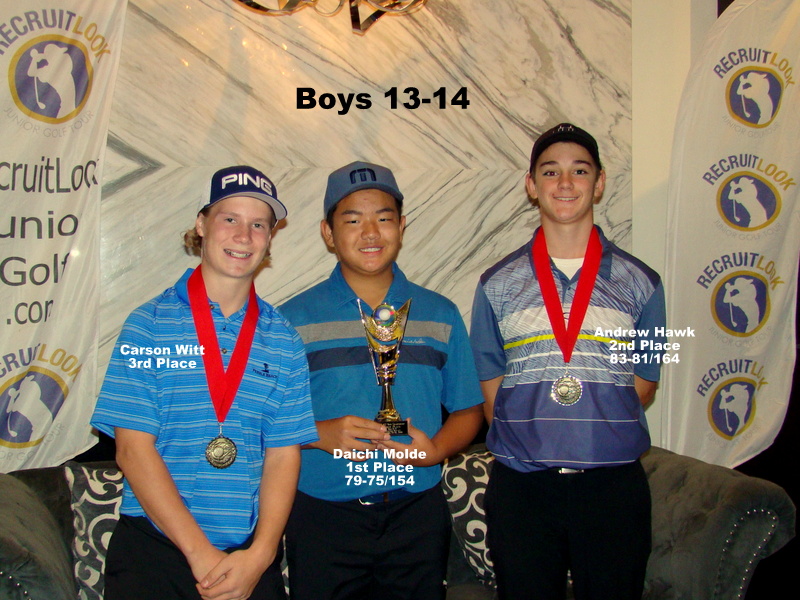 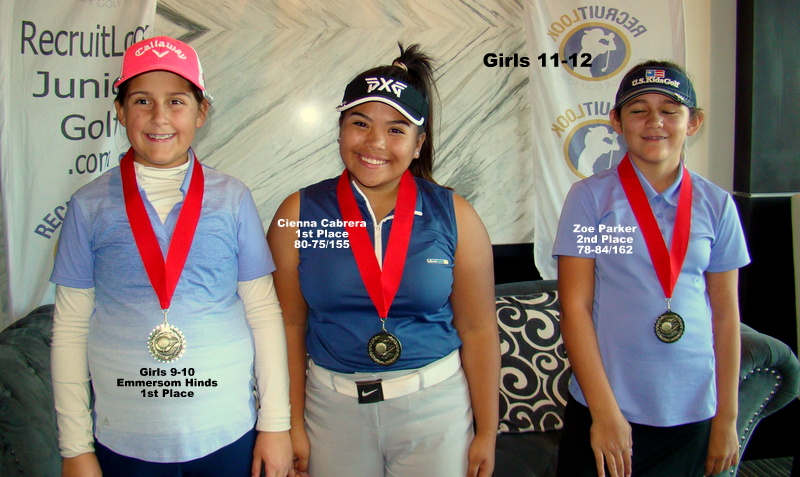 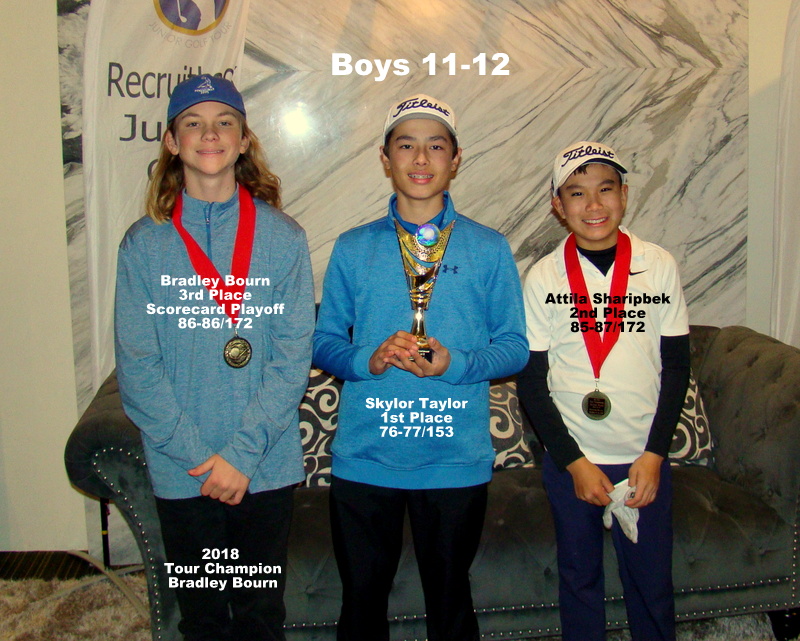 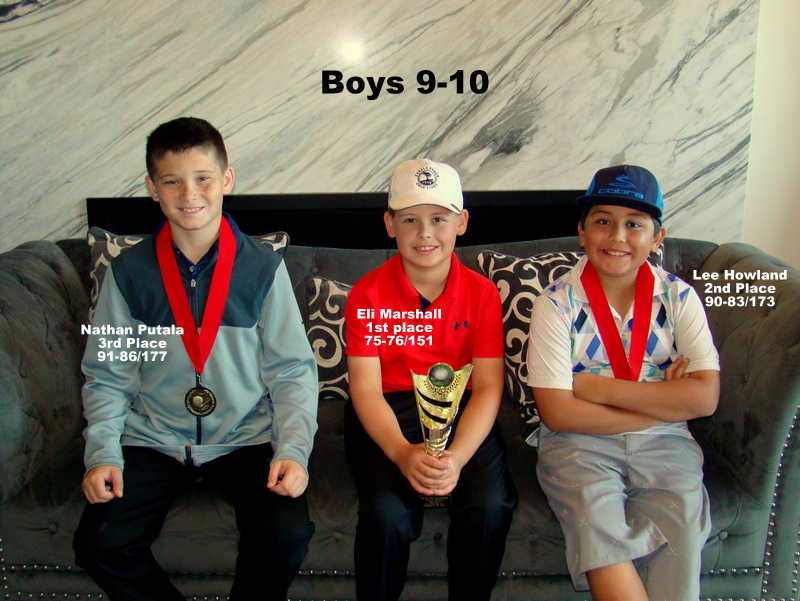