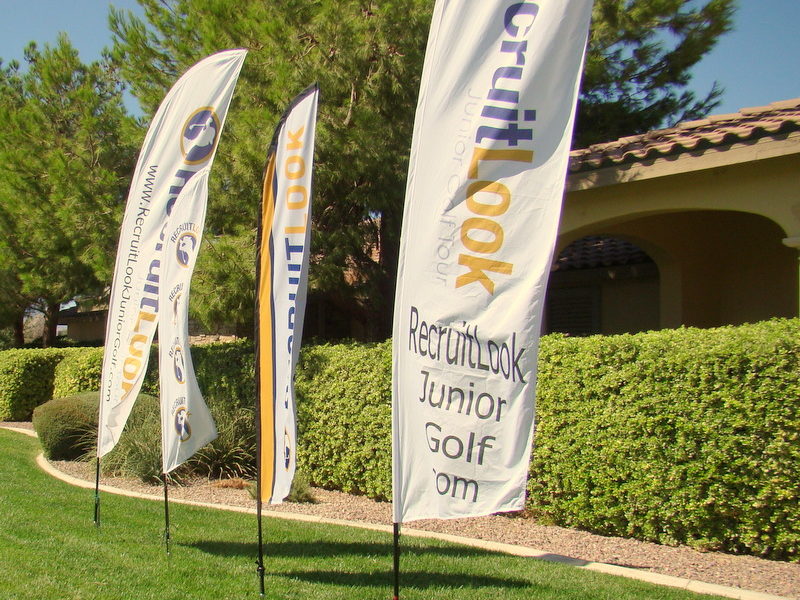 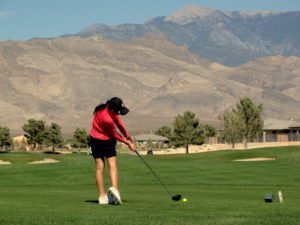 We had another great event at Mountain Falls Golf Club this past weekend. As always, the hospitality from the Mountain Falls staff was incredible. This time of year is always a challenge to secure a course with so many of the area courses closed due to over-seeding – so we greatly appreciate Mountain Falls accommodating our junior tour.

The course was in nice condition — the players stating the greens were as nice as any they have played all year. This course always gives the players a challenge, with this year being no different. The winds on day one definitely made for high scores for some of the field. 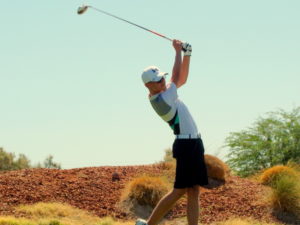 Jake Johnson and Rashon Williams went toe-to-toe in the Boys 15-18 division for the entire two days. Rashon held a one-shot advantage over Jake 77 to 78 after round 1. On day 2, they both played the front nine in 38…. setting up a back 9 battle that would test the golfers’ game. Jake was down one shot heading into the difficult 18th hole, which ended up being Rashon’s undoing. A double-bogey from Rashon (77-77/154) allowed Jake to take a 1-shot victory as Jake pared out (78-75/153). An incredible dual from both players! Distant third went to Jared Smith in a scorecard playoff with CJ Martin. Jared struggled with the winds on day one and posted an 84. Day two was much better with a 77, 161 total. With his third-place finish, Jared moved within striking distance of points leader Jackson Parrish who is out with an injury.

Bradley Bourn started strong and finished even stronger with his runaway victory in the Boys 11-12 division. Bradley opened with a very nice 4 over par 76, followed up with a 75 to finish at 151. Distant second was Brendan Barbeau with 103-89/192. Brendan’s second round could have been much lower, but two holes on the back nine proved costly. Close third was Wade Arcella, 99-94/193. Bourn holds a 400 point lead over Arcella for the Player of the Year.

Our Boys 9-10 played great for two days. Eli Marshall had the low round of all players day 1 with an even par 72. He had it going on day two, and was on pace to match day one’s score, but the eighteenth hole once again proved to be the most difficult hole for all the players as he scored a double bogey to shoot 74/146. Marshall’s 146 was the low score for the entire field. Lee Howland had his two best rounds ever on the tour, breaking eighty both days for the first time ever. Lee shot 76-79-155 to finish second. With his second-place finish, Lee currently leads the Player of the Year race with 2,475 points to Eli’s 2,050. 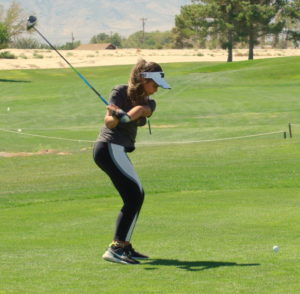 Yana Wilson, age eleven, started the year by moving up to the Girls 15-18 division. She struggled at first with the distance and her scores reflected this. There was going to be an adjustment period for Yana to learn how to compete against the older girls. We think she found her comfort zone now! Yana has won her last two RLJGT events in the Girls 15-18 division. Yana played steady for the two days with rounds of 76-79/155 to finish three ahead of Bella Gopwani 80-78/158. Aliyah Williams was right there with them, with rounds of 81-79/160. With her runner up finish, Bella currently leads the Player of the Year race with 1690 points.

Lauren Wong won the Girls 11-12 with her two best rounds of the year, scoring 79-79/158. Wong is now 2-for-2 on the RLJGT this year, winning the Boulder City Junior Championship back in March. We look forward to seeing Wong out on more tour events the rest of the year. Current points leader is Cienna Cabrera missed this event, but leads this age division with 2,300 points 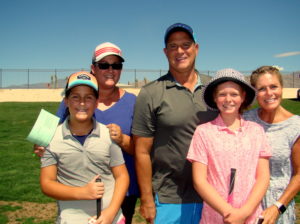 In the Girls 9-10 division, Emmerson Hinds finally took the top spot on the podium after three consecutive 2nd place finishes this year. This is Emmerson’s first victory on the RLJGT! Emmerson shot an 85 to beat out Rivers Abigal Common (92). The Player of the Year race is extremely tight in this division… only 175 points separates first place from third place. This will be a fun stretch on the RLJGT to see who can take the title!

Our next event is scheduled for October 20-21, 2018 at Eagle Crest for the Executive Course City Championship, this will be a major event, so all points will double.

You can register here.

View all the event pictures here. 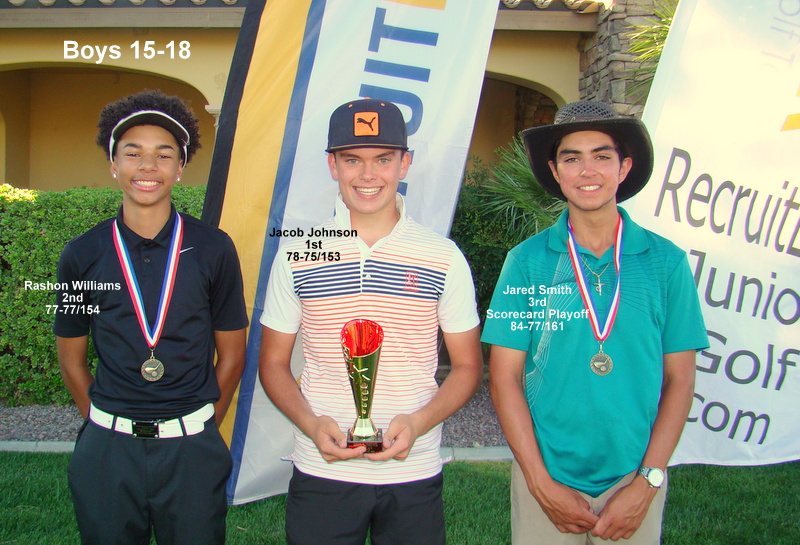 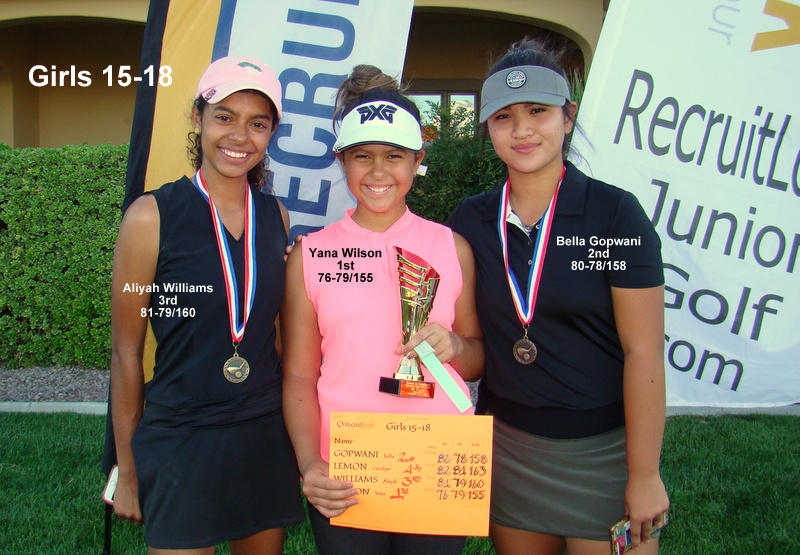 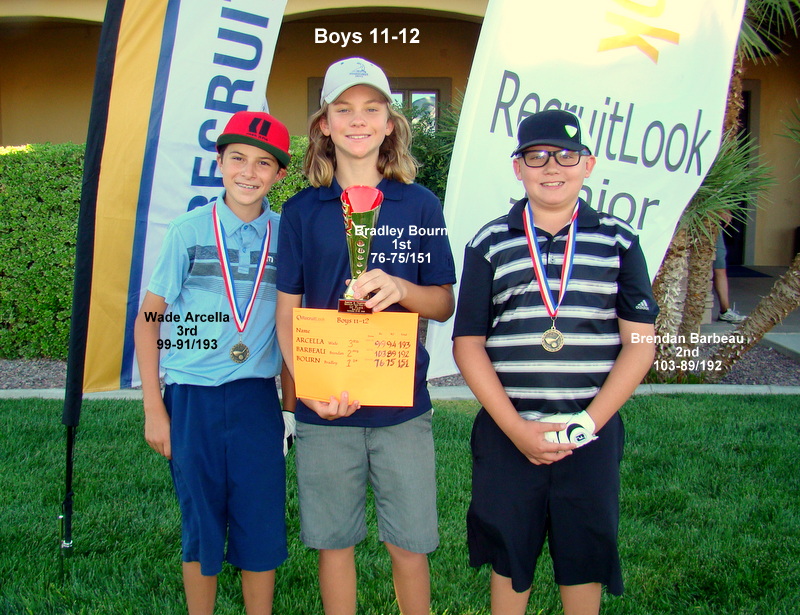 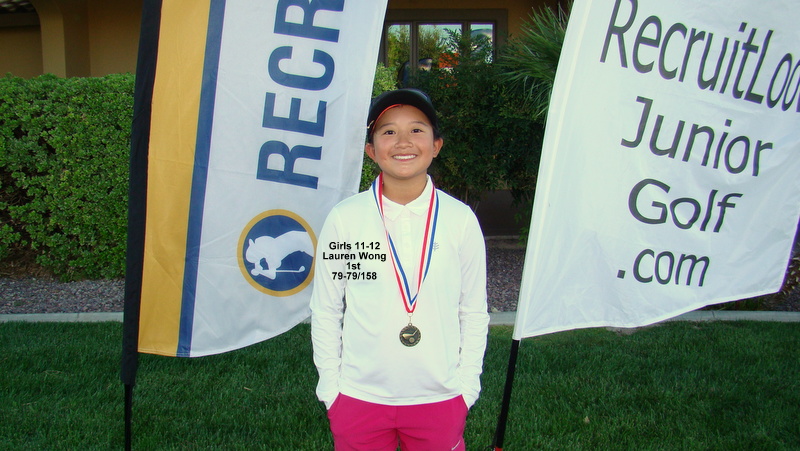 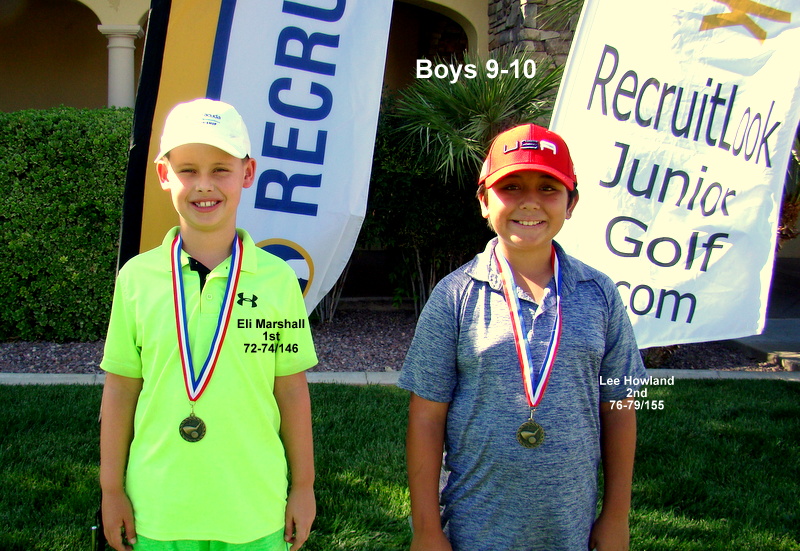