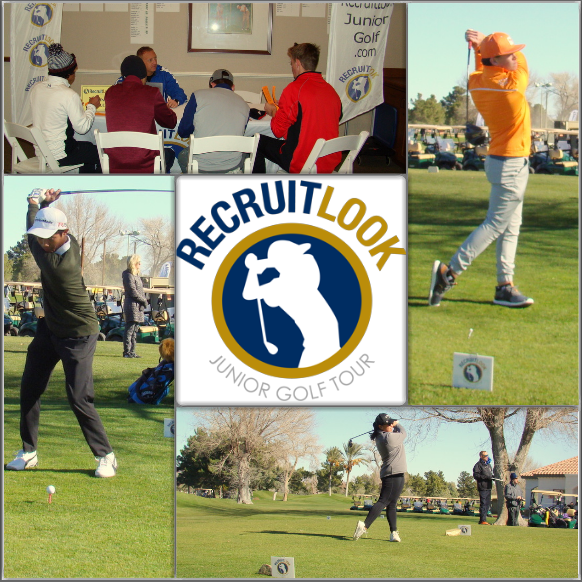 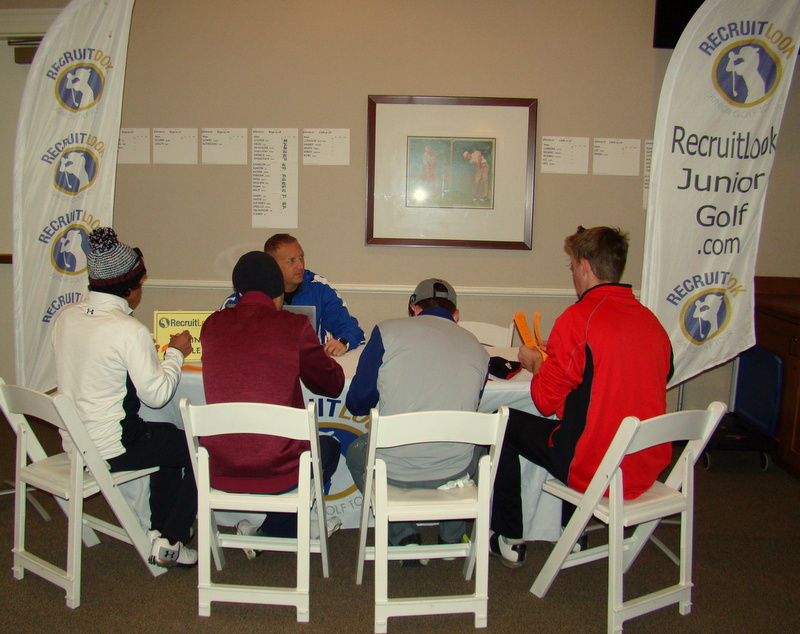 Big things are in store for the 2018 RecruitLook Junior Golf Tour! We have some of the nicest courses lined up for Las Vegas, and we will be launching in Colorado and Southern California in a few months! We got things kicked off last weekend at the Las Vegas Golf Club for the Las Vegas City Junior Golf Championship. This first event was a true test of endurance as the kids were faced with cold and windy conditions both days. On Saturday, we might as well have been at St. Andrews for the British Open – it was one of the coldest and windiest days in recent years, and the scores reflected it. The winds calmed a bit on day two, and scores improved all across the board.

Newcomer, Trey Davis, boys 15-18, from Olivehurst , CA. played amazingly steady golf over the 36 holes considering the playing conditions. Trey had 14 pars, 2 birdies, and 2 bogies on day 1, and day 2 he came out firing with four birdies on the front nine. He cooled a bit on the back nine bogeying three straight, but finished strong with 2 more birdies to finish even par for the tournament 72-72/144. Jackson Parrish, last year’s player of the year in the boys 13-14, has moved up and showed he is up to the challenge in this division. Jackson played steady with rounds of 73-73/146. Tyler Smerz finished 3rd and had it going on the back nine as he was five under par for the day through 15 holes. A bogey at 16 and a snowman at the closing hole backed him up to an even par 72. Smerz’s 149 total was an 11 shot improvement on his best total from 2017. Jared Smith, last year’s Tour Champion had the only under par round of the entire field on day two (71) and he finished 4th (79-71/150). If this first event is any indication on how things will go all year for the talented boys 15-18 group, this will be one fun year!

Reece Rodriguez has been working hard on his game and it is starting to payoff. With one of his best showings so far, Reece scored 80-77/157 to finish first in the boys 13-14. You can tell Reece has been in the lab working on his game, and we’re pleased to see him start to tap into his potential. Great job, Reece!

Jack vs. Arnold; Tiger vs. Phil; Jordan vs. Rory… How about Bourn vs. Guloy? Bradley Bourn and Kyle Guloy, in Our boys 11-12 went at it all last year, and it looks like the same this year. These two trade off winning each week at almost every event. Bradley got the best of Kyle this time with 85-76/161 to Kyle’s 86-80/166. Kyle had it running on all cylinders as he made the turn in one under 35 to Bradley’s 38. The back nine was not kind to Kyle and Bradley cruised to a five shot victory.

Nathan Putala, boys 9-10, has started this season off the way he finished last season…victorious! Nathan scored an 80 to Eli Marshall’s 81. Nathan pulled one ahead through hole 15, then they each played the last three holes even par. Nice performance by both these boys. Last year’s Player of the Year, Shenlone Wu, came in third with an 84.

After taking some time off from tournament play, Joanne Lee won the girl’s 13-14 with rounds of 84-77/161. Lauren Pham aged up this year and played her first event at this age group. Pham finished second with rounds of 88-88/176.

Brynn Kort, girl’s 9-10, could be the player to beat in this age division with Yana Wilson moving up. Remember, Yana won 11 straight tournaments between 2016 and 2017. Brynn could be tough to beat if she continues to play like she did this weekend. Brynn carded a 76 to win by 11 shots over Cameron Huang (87). To her credit, Cameron was sick all week but decided to tough it out and play. We love the dedication, Cameron! Rivers Abigail Common continues to show improvement and she finished 3rd with a 94.

Thank you to all the players (and parents) that showed their grit and determination this weekend at Las Vegas Golf Club, with the unfavorable playing conditions. You all braved the conditions all weekend and we never heard one complaint!

Our next event is scheduled for March 3-4 at Boulder City Golf Club. Register Now!

Get all the pictures from the event, click here.