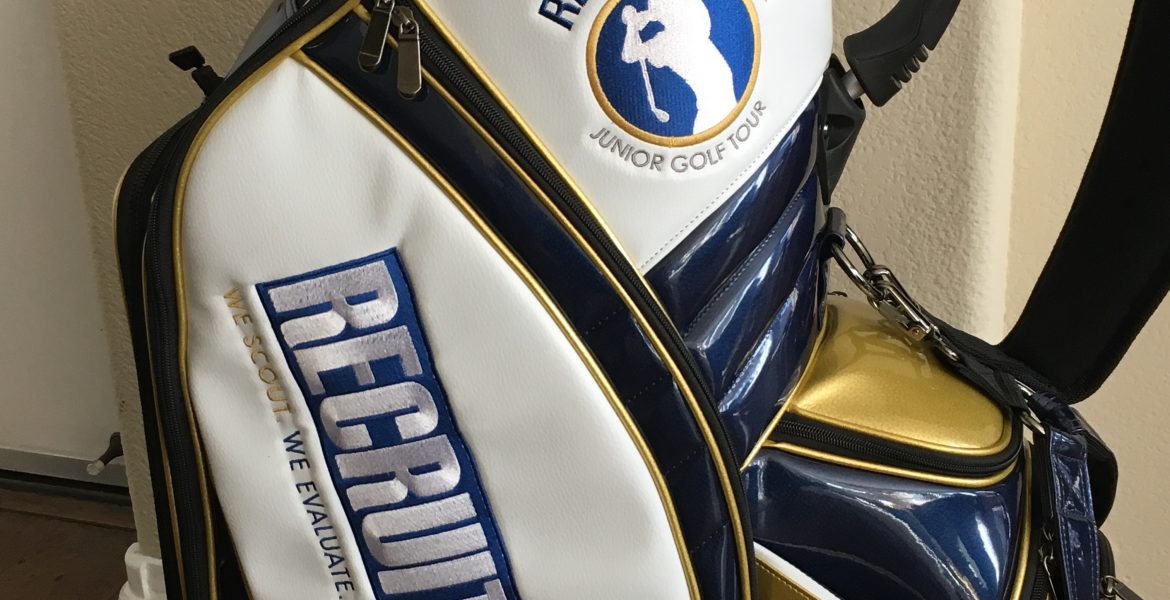 RecruitLook is excited to announce a partnership with Professional Golfer, Craig Barlow.

Junior golf, featuring participants in boys and girls in ages 13-18, around the country has increased in popularity, and the growth trajectory is expected to continue to rise.

“We’ve seen it just in our junior tour in the greater Las Vegas area,” says Tommy Canale, National RecruitLook Scout and Co-Founder of the RecruitLook Junior Golf Tour. “Each event seems to have more golfers and not just from Vegas but from California, Montana, Arizona, and Utah. It’s exciting to see so many junior golfers committing to the game.”

RecruitLook and Barlow are teaming up to offer assistance to junior golfers seeking college recruiting guidance and golfing instructions. Any junior golfer that joins the RecruitLook MVP network will receive a lesson from a PGA professional. And this isn’t your average clubhouse pro — junior golfers will be taught by someone that has won over $5,000,000+ on the PGA Tour.

“I’ve seen Barlow work with junior golfers before. His diagnostic approach really gets the golfer thinking more about the game, and that isn’t only about the swing. He’ll get into the mental side of the game and course management, which is critical for junior golfers to learn about,” says Canale.

More golfers are picking up the game with hopes that they’ll land a coveted golf scholarship, and one day turn pro like Craig Barlow. However, golf recruiting has become just as competitive as the tournament rounds that junior golfers play each year. Only about 8.5% of high school golfers actually play in college (male and female). It doesn’t take an economist to figure out that the scholarship supply won’t keep up with the demand.

“I love being able to give back to the junior golfers out there and teach them about the game that I’m so passionate about,” says Craig Barlow. “Teaming with RecruitLook is the perfect fit for me. Too many golfers have it intrenched in their minds that golf recruiting goes down a certain path, but RecruitLook is proving to have a model that works well with what I like to teach and preach.”

In addition to the partnership, Barlow will wear RecruitLook sponsorship on his hat as well as on his tour bag for his upcoming summer events on the PGA Tour.

“Craig is a great ambassador for the golfing industry, and we’re thrilled he’ll be representing the RecruitLook brand on the Tour. Craig is truly one of the good guys in this business,” says Mike Enright, CEO of RecruitLook.

Graduated from PGA Q-School successfully 4 times: 1997, 1998, 2000, and 2004. Barlow played on the PGA Tour from 1998-2008, with his best year on Tour being 2006 where he finished 90th on the money list, earning over 1 million dollars. In that same year, Barlow achieved his highest world ranking – 83rd overall. Some of Barlow’s best accomplishments were 3 third place finishes, 3 fourth place finishes, 15 top ten finishes, and making over 150 cuts (165 total) which makes him a veteran member of the PGA Tour for life. Barlow competed in 8 Major Championships, 6 US Opens, 1 British Open and 1 PGA championship. His best finish in a major was a T26 at 2006 US Open at Winged Foot. Barlow was inducted to the Southern Nevada Golf Hall of Fame in 2011, and was recently inducted into the Junior College Sports Hall of Fame — he was a standout at Taft Junior College. Barlow has played 5 years on the Web.com tour with 2 Third Place finishes. In addition to select Tour events to compete in each year, Barlow is now teaching golf.

Find a RecruitLook Scout to talk with

About the RecruitLook Junior Golf Tour

The RecruitLook Junior Golf Tour (RLJGT) was founded in 2016 to give golfers a competitive landscape to improve their golf game, while increasing their visibility to college coaches.  Our goal is to conduct professionally-run tournaments that are affordable, fun, and competitive for all age groups. The RLJGT operates 10-15 tour events each year at some of the nicest golf courses in Las Vegas.