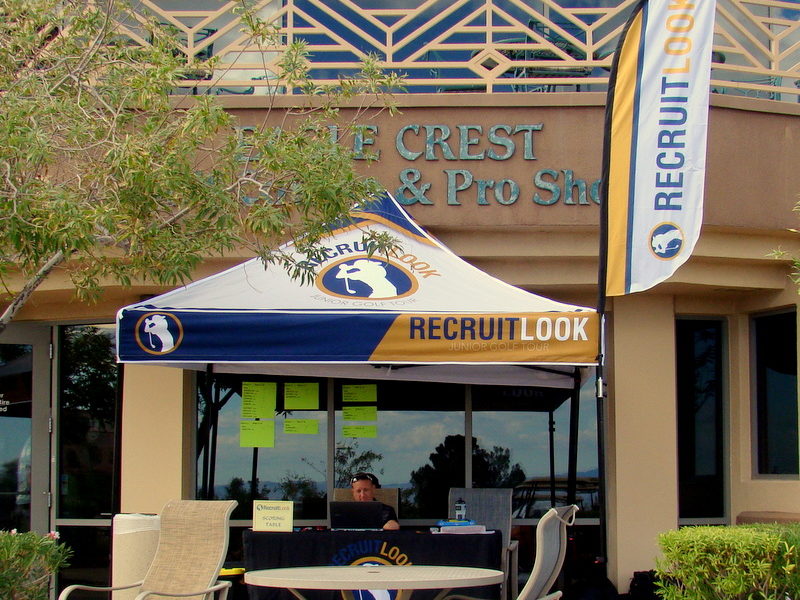 The RecruitLook Junior Golf Tour, heading into the last three events for 2018, returned to Eagle Crest for the Executive Course Junior Golf Championship. Once again Eagle Crest, for an executive course, proved to be a giant killer, as there was only one sub-par round for the two days. The weather and course were in absolute perfect condition. 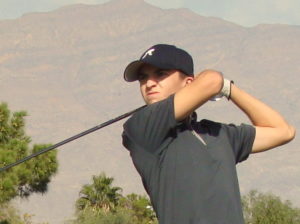 The par 60 Eagle Crest Golf Course proved again it is no pushover. In the Boys 15-18, Jackson Parrish won with rounds of 60-63/123. Jackson has played steady all year and these two rounds were no exception. His opening round was 12 pars, 3 birdies, 3 bogeys. Jackson was not quite as steady on day two, but he came out strong early and passed first round leader Rashon Williams (59-70/129) by the third hole. With this victory, Jackson’s second victory of the year (2250.00), he leads the Player of the Year race by over 1,000 points over second place CJ Martin (1243.50). Runner up with his best finish ever was Matt Lefebvre, Fontana, CA, with rounds of 64-61/125 — way to go, Matt! Matt’s third-place finish puts him in a tie with Jared Smith for third overall in the Player of the Year race.

Riley Sawdon made a statement playing in his first ever RLJGT event… winning the Boys 13-14 with rounds of 91-79/170. Nice 12 shot improvement on day two. Andrew Hawk leads the Player of the Year point’s race with 2,000 points but was unable to play this weekend. 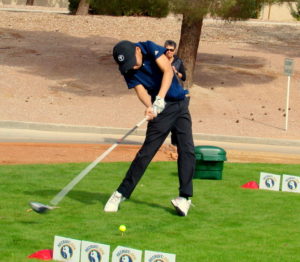 Bradley Bourn is on fire! Bourn won for the sixth time in seven events in the Boys 11-12 division. Bradley scored 62-64 on his home course to finish six ahead of newcomer Attlia Sharipbek 67-65/132. Attila recently moved here from Florida and has proved to be a formidable opponent for Bradley. The two along with Kyle Guloy has this age division in good hands.

Our Girls 15-18 winner was Aliyah Williams, who won for the first time on the tour. Aliyah (70-64/134) led by two shots over Carolyn Lemon (72-64/136) after day one. The girls had a shoot-out on day two as each shot a 4 over par 64. Aliyah extended her lead over Carolyn to five shots at the turn. Carolyn picked up three on the back nine, but it was not enough to over-take Aliyah’s steady play. Aliyah has been one of the most improved golfers we’ve seen this year. Her scores have gone down each event, and her finishing place has gone up! Now that she has a win under her belt, we look forward to seeing how she handles the pressure of playing as a “tournament winner”. We think she has more wins coming. 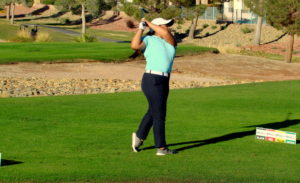 In the Girls 11-12 division, Lauren Wong is a perfect 100% — having won for the third time in 3 starts this season. Lauren was very steady with rounds of, 63-63/126. Distant second was point’s leader Cienna Cabrera 68-70/138. These two girls could do battle for years to come on the RLJGT. Lauren got the best of Cienna this tournament by birding 4 par 3’s on day one!

Emmerson Hinds shot 67 to take first place in the girls 9-10. This gives her two in a row on the tour.   With her victory, Emmerson leads the Player of the Year standings with 2,075 points to 1,600 for Samantha Harris.

We hope everyone enjoyed the event, Eagle Crest definitely is no pushover and it’s always in immaculate condition. The weather at this time of the year is pretty good too.

Our next event is scheduled for November 19-20, Monday-Tuesday when you are on Thanksgiving break. You can view the event here.