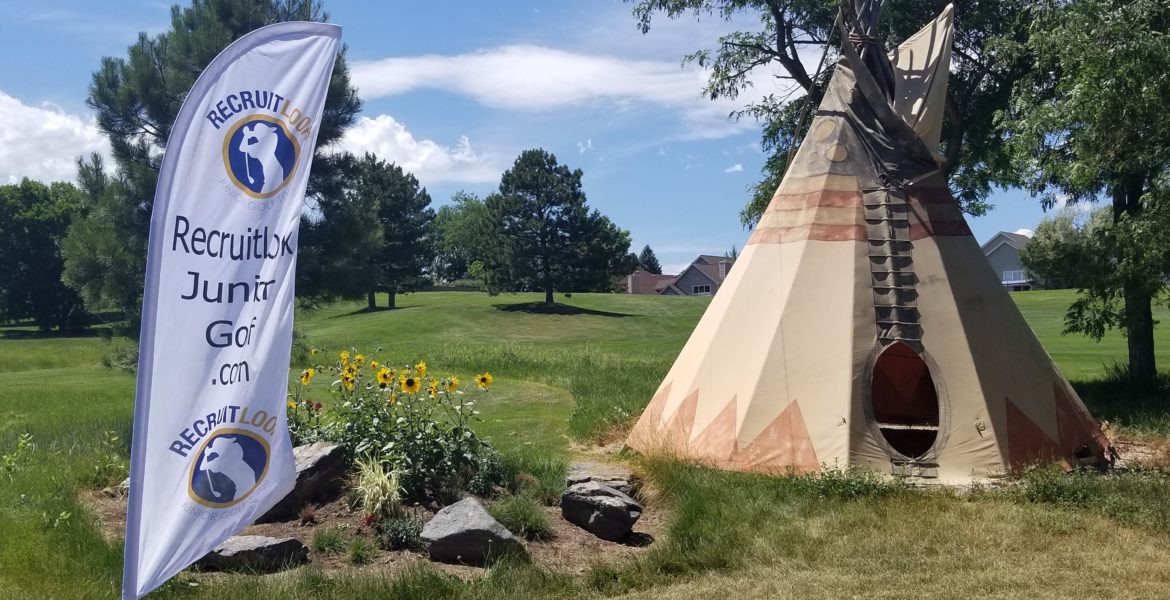 Our third event of the Inaugural season for Denver’s RLJGT started with perfect conditions at one of the most popular courses in the Denver area. Great views of the Rocky Mountains and the course had many carvings & totem poles including a cool teepee. Once again on the second day we encountered a hour rain/lightening delay, which made the course play soft and slow — but we completed all rounds for the championship.

Our next division was Boys 13-14. Andrew Merz became a first-time winner after pouring it on in the final round with scores of 78-77/155. Hole 15 was Andrew’s favorite of the weekend — playing it -3 under for the tournament! Jackson Lowe was practically shot-for-shot with Andrew after day 1, only trailing by a shot. Andrew pulled away on day 2, but Jackson had a respectable 79-84/163 to finish in second. To complete the age group in third place was Greg Lewis who birdied the last hole to edge out Kyle Leydon with scores of 84-83/167.

For the Boys 11-12 division we have a back-to-back winner Matai Naqica with a great run of 81-78/159 total. In second place was Roland Thornton with improved scores of 89-86/175. Matai is currently 150 points ahead of Roland in the Player of the Year race.

We had a close competition for our Girls 15-18 group again with several girls from the same high school golf team participating in the event. With two girls tied for the lead after the first day with 84s… Allie Nocera held off a strong push on the back nine by Kira Petersen. Allie played a consistent tournament 84-84/168 for the Victory. Kira Petersen had 84-86/170 to finish in second place and Anslea Dean won a scorecard playoff for third place (89-104/193) tying Elena Hernandez 99-94/199. Allie currently leads the Player of the Year race over Kira.

Addison Hines won the girls 9-10 division with a 43-45/88. Addison had two birdies on the front nine, so more consistent play throughout her round and she’ll be firing scores in the 70s. This win puts Addison in 1st place for the Player of the Year race.

For our final division we had our Boys 9-10, which ended up being the closest match — Andre Dumonteil firing a smooth even-par front nine and finished 36-39/75 to secure the Victory. 9-year old Brayden DeStefano shot 39-40/79 to hold onto second place and Sean Cary fired 41-41/82 for third place.

Looking forward to our fourth Tour stop of the season at Flatirons GC in beautiful Boulder, CO. on June 30-July 1. Hope to have you join our fun tour. You can register here.

*REMEMBER* All results will be sent to college coaches 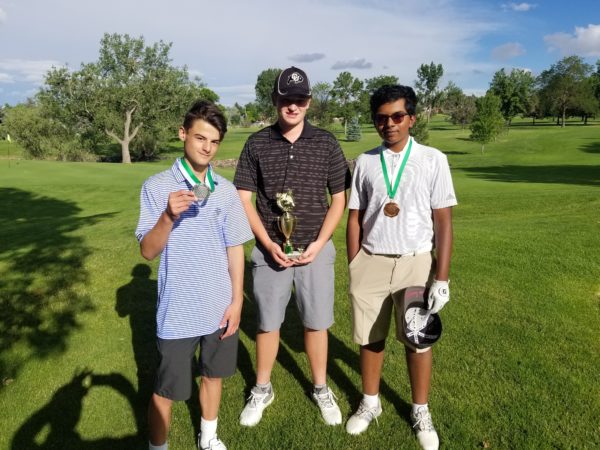 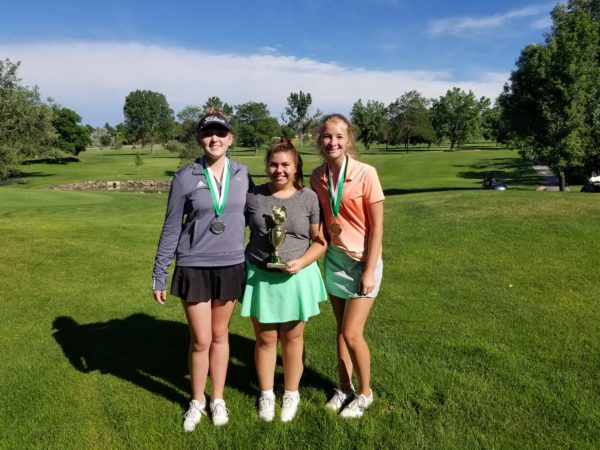 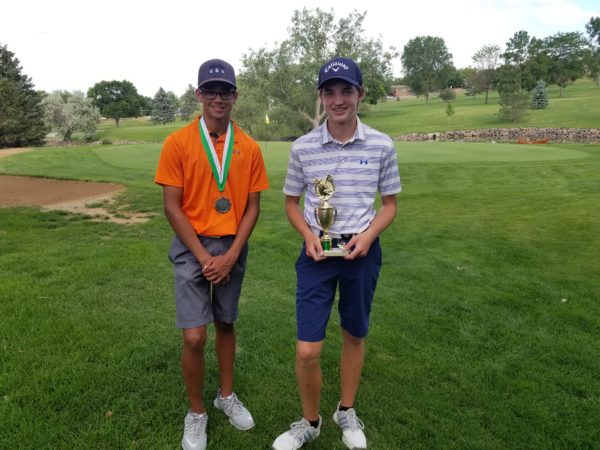 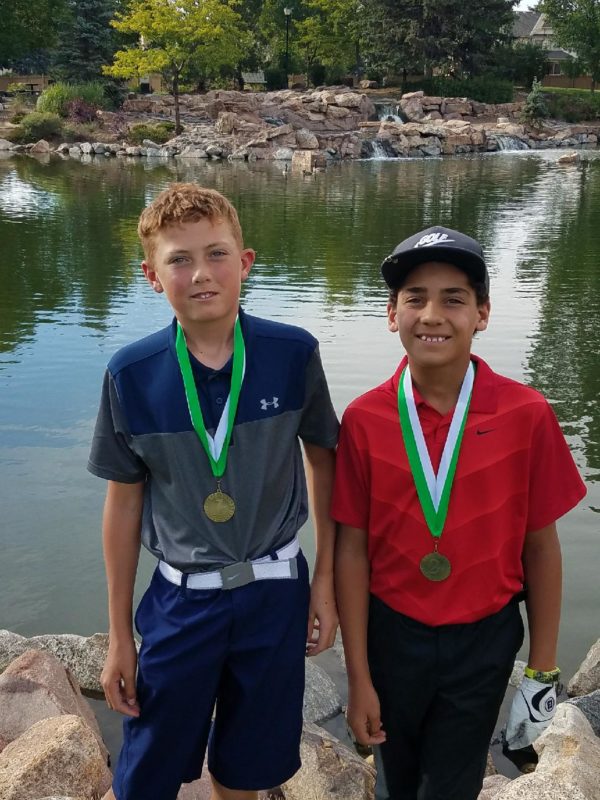 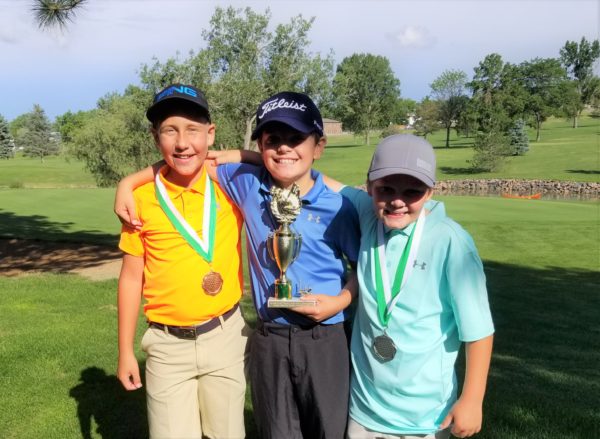 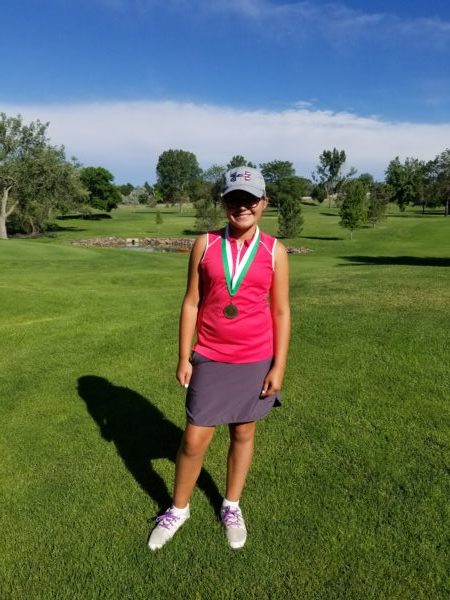